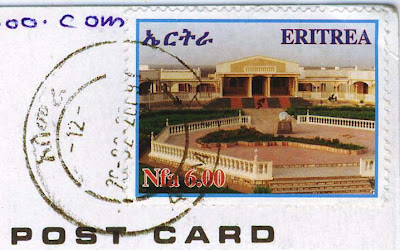 Thank you to Mansour willing to swap postcard with me from Eritrea.

" This picture depicts a multiview picture of Asmara's art-deco buildings build back in 1930s. It's the makor art-deco structures in Africa to which lucky enough, there are still intact Bennito Mussolini, nearly century ago, was quoted as lagina that he would built Piccola Roma in Africa ~ Asmara "

ASMARA (Asmera) ~~ Eritrea's capital is situated on the eastern edge of Eritrea's highland plateau. Asmara enjoys a great climate, clean and picturesque streets, attractive palm trees, and a reputation as one of the safest, calm and alluring capital cities in Africa. The name is derived from Arbaete Asmara which literally means, in the Tigrinya language, "the four (villages) are united".

Email ThisBlogThis!Share to TwitterShare to FacebookShare to Pinterest
Labels: Eritrea

As always an excellent posting.The
way you write is awesome.Thanks. Adding more information will be more useful.

Thanks for the effort you took to expand upon this post so thoroughly.

When it comes to adventure vacation deals, there actually are a number of different choices available to you. Find out more! Africa travel

You have provided the wonderful information through the blog. I like your blog
Thank you so much for this

I can see the hardwork done by the blog owner.Keep Posting such great things again.Looking forward for your next post.
Pincodestreet

I am really aroused by this wonderful stuff. I always prefer to read the quality content and this thing I found in you post. Thanks for sharing
Zkarts 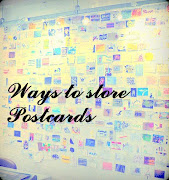 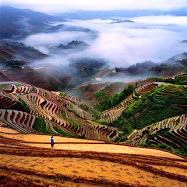